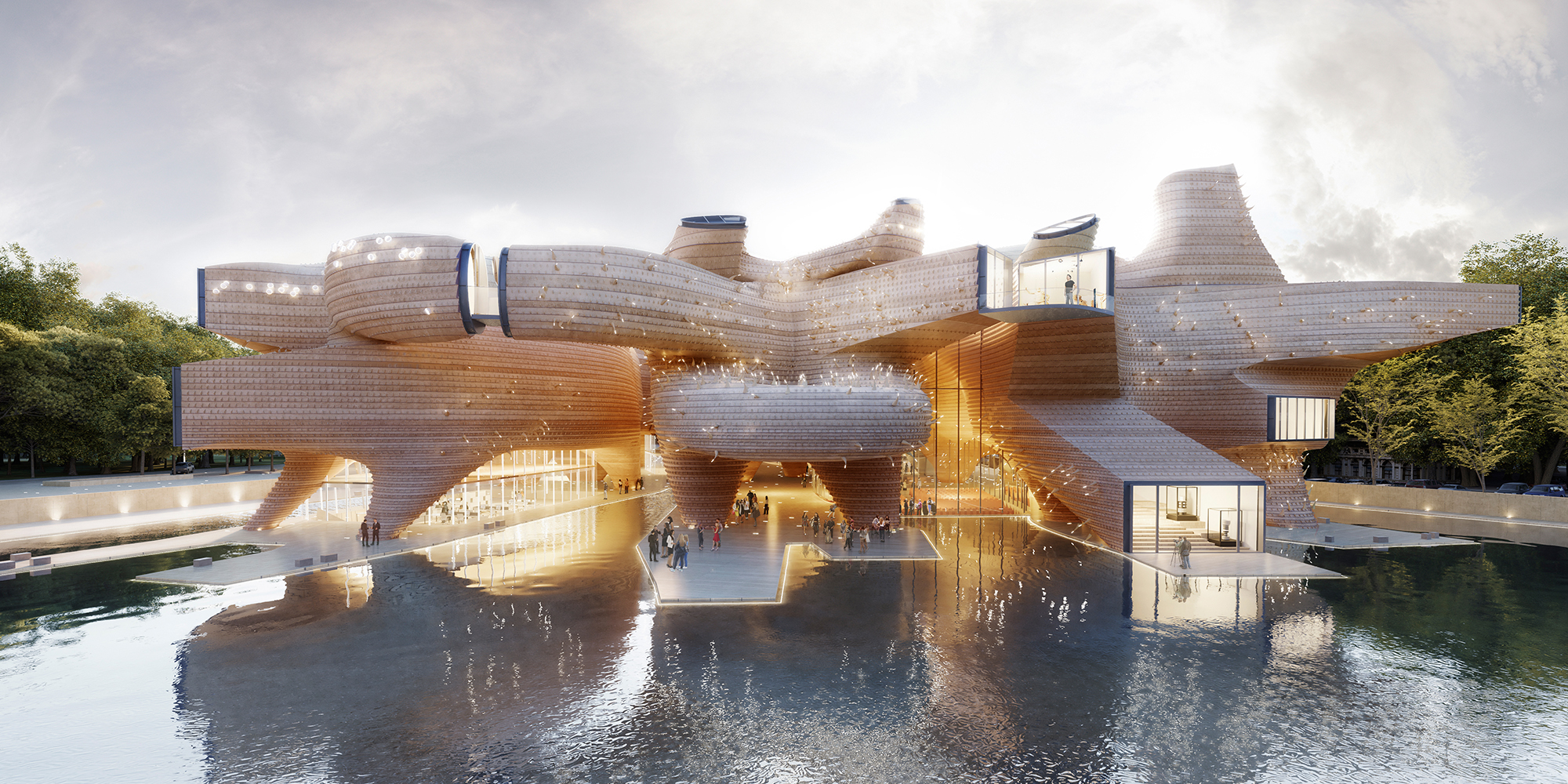 We would like to celebrate the rich Archaeological patrimony of Cyprus with a building that would present to the visitor a taste of the marvels that await in its interior. We are inspired by the idea of mystery and awe that Archaelogy can thrill. This can be a great first catching point that can lead the visitor to the museum to desire a further acquisition of knowledge.

The Ayia Irini sanctuary, 2000 terracotta figures placed around a cult stone with powers of fertility, has been an inspiration. It connects the visitor with aspirations of people in a remote era. Itis visually mesmerizing. It pushes you to want to know more after you connect visually and emotionally to this display. Our proposed building means to work similarly, triggering excitement and a connection on a very physical direct way to the users of the building.

This source suggested the idea of an architecture based on the pointillist composition of terracotta elements on the exterior of the building- and a pointillist atmosphere of light in the interior. The material would not only withstand weather and perform an environmental role, but relate to the subject of Archaeology itself. In addition, the handcrafted technique for its implementation would produce great impact for its mix of delicacy and roughness, modernity and timelessness. 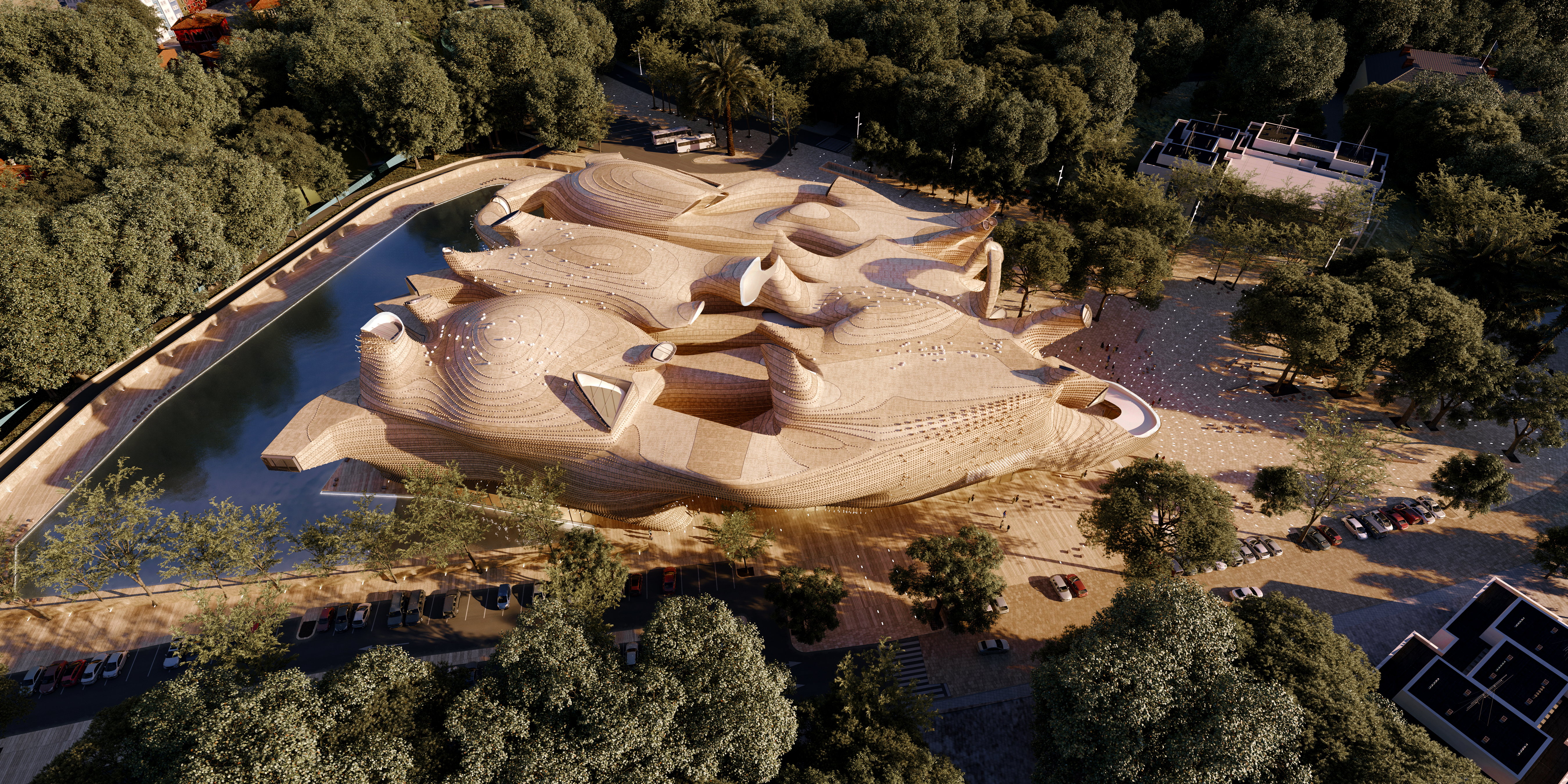 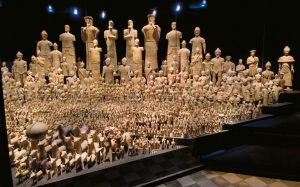 The building is directed towards a general direct human impression not necessary mediated by any particular culture, architectural or museological discourse. This might sound pompous but it is an idea that has been important, at least, on the level of intentions. In this sense, it has been about what you get from craftsmanship in a building, generally- and particularly with the techniques we developed, rather than representing a particular culture of craftsmanship with a specific set of values. In our experience, craftsmanship in architecture is valuable in itself. It is not true that intensive labour buildings are expensive. On the contrary, we have demonstrated in the past that intensive labour on site with less prefab. materials can reduce costs to a 1/2 and even to a 1/3 against industrialized metal roofs, concrete shuttering and internal/external claddings. 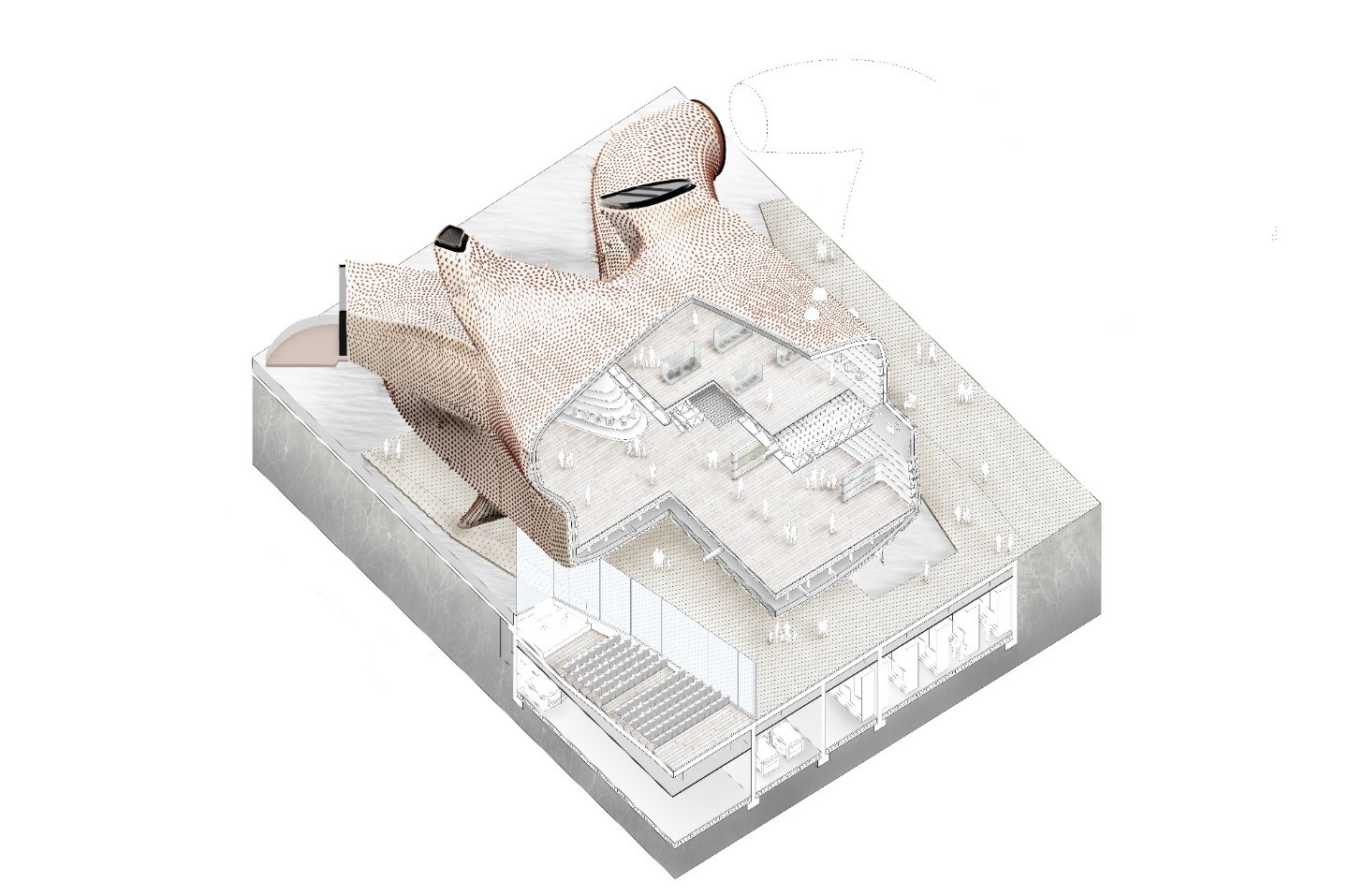 The results can be unique, as you count with the visual intelligence of the worker, who always has it. It is also not true that you need specialized craftsmen. This might be one of the myths by Adolf Loos. We have seen that the techniques that we are using in this building can be learnt in a day by anybody; they are technically simpler than a conventional brick wall. They have been designed with this parameter in mind.
This building is not about precision in joinery, which usually makes things difficult, but about variation within complex surfaces, as in animal skins, with their variations and adaptations. It is about re-skinning the architecture that, once, the modern movement scarified. It is a skin rough but delicate from one meter distance, in which mortar, chamotte, ceramic fragments and terracotta will have a vibrant and dynamic visual impact. 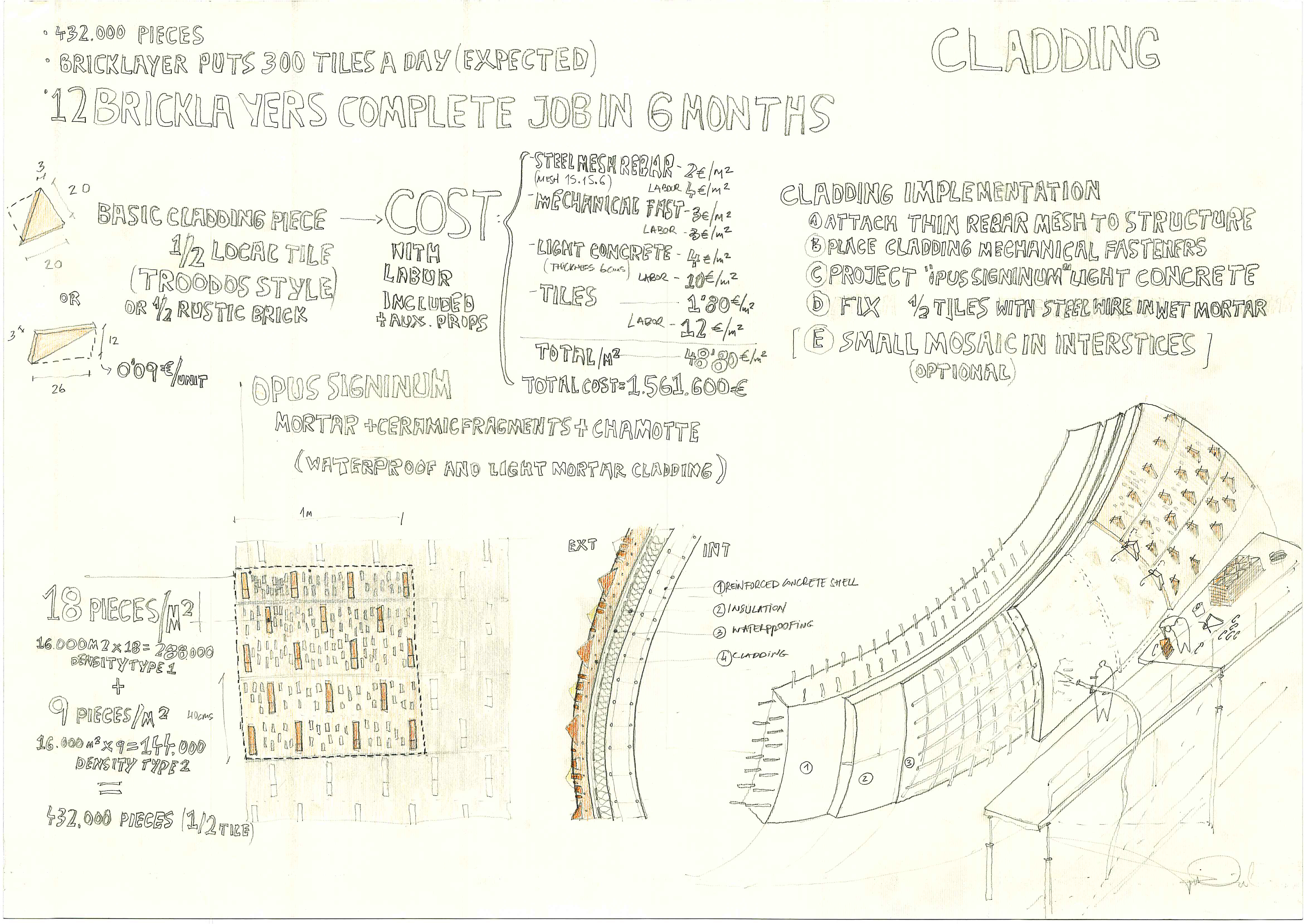 New Cultural and Civic axis in Nicosia
The position of the new museum will reinforce a new cultural and civic axis along Omirou and Nechrou St. involving Eleftheria Sq., Theatre, Museums street, Park, D´Avilla Bastion and Parliament. For the new plaza, we propose to the Jury that a social condenser is developed further for phaseB construction 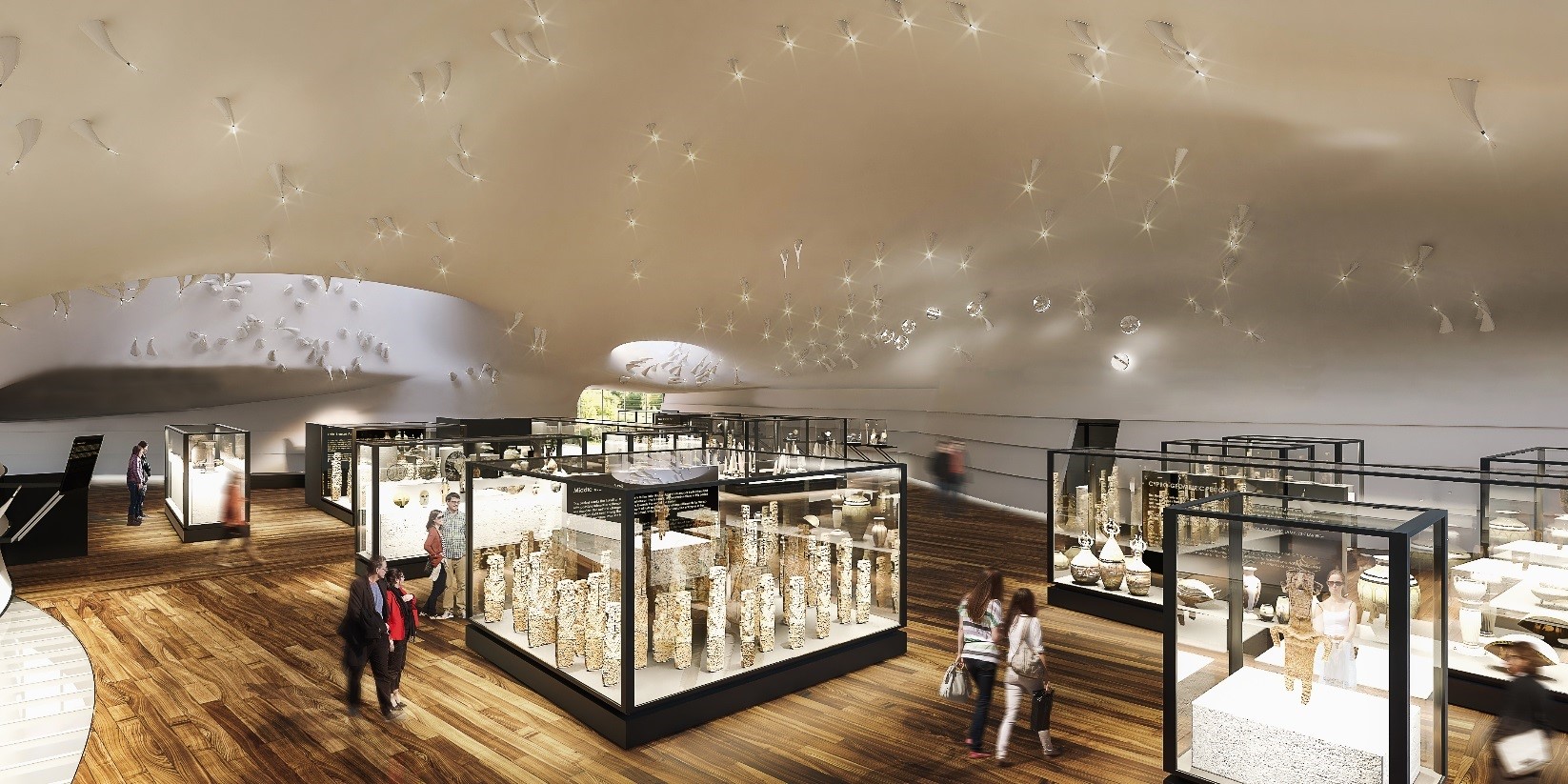 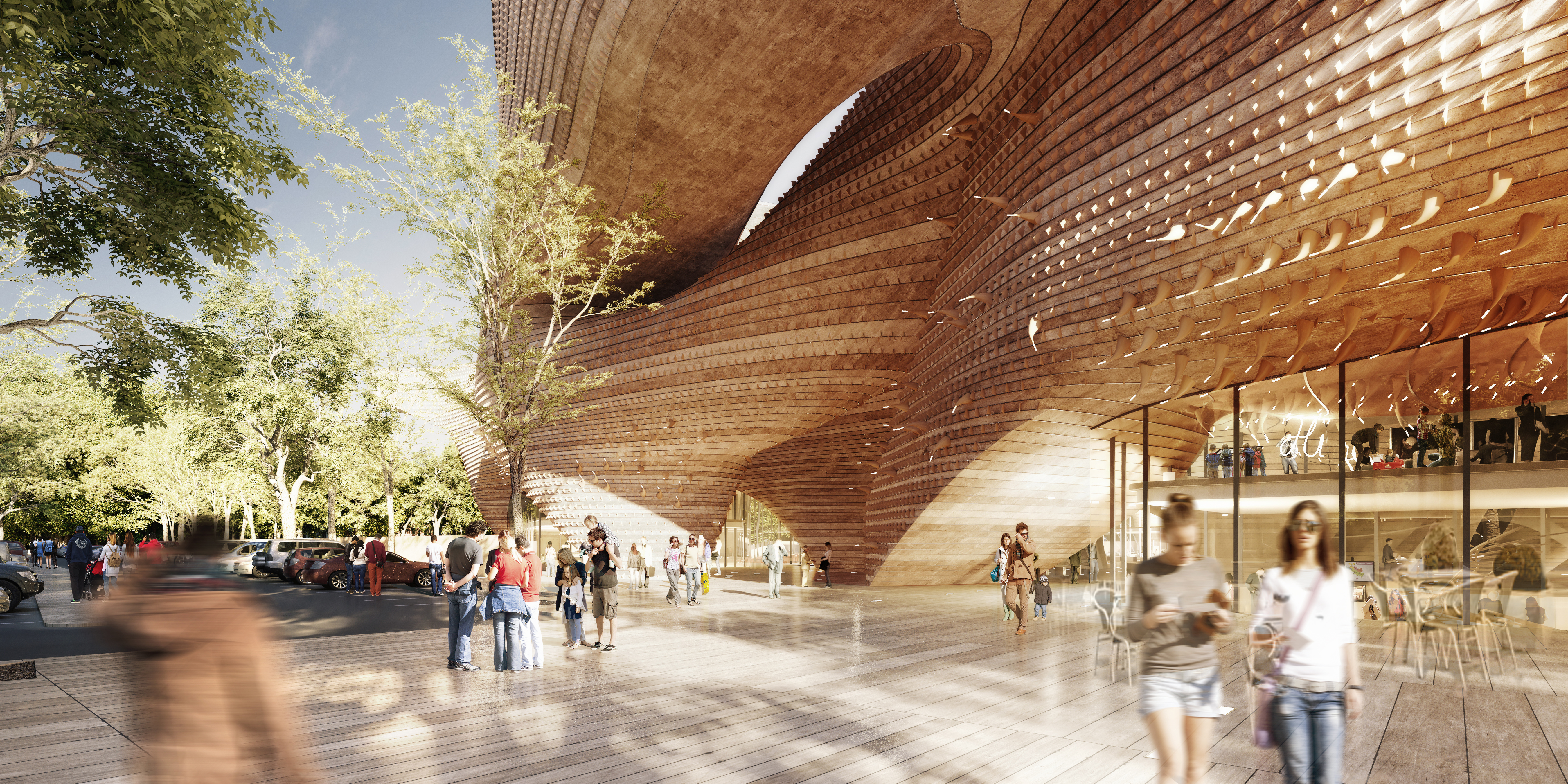 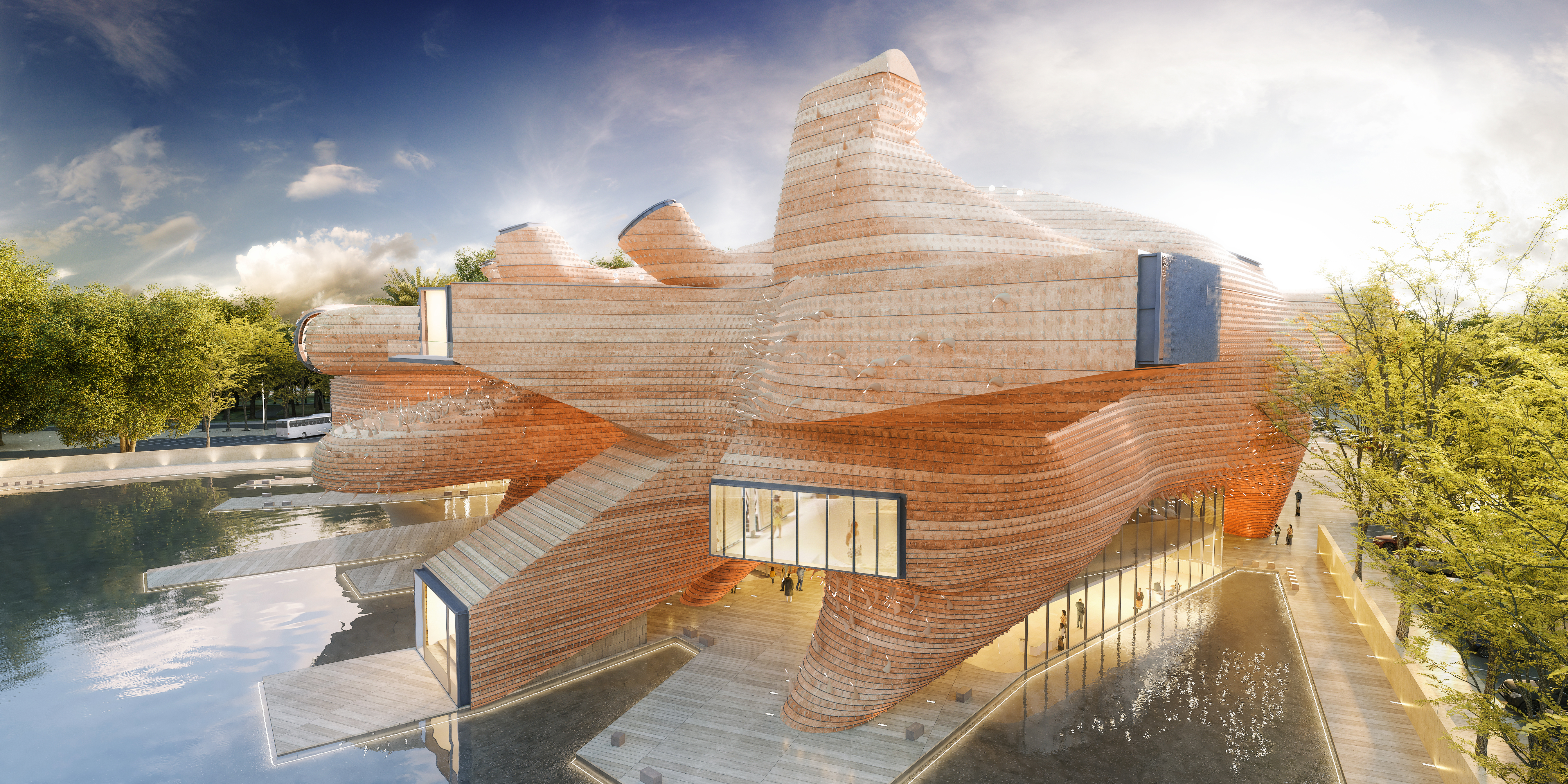