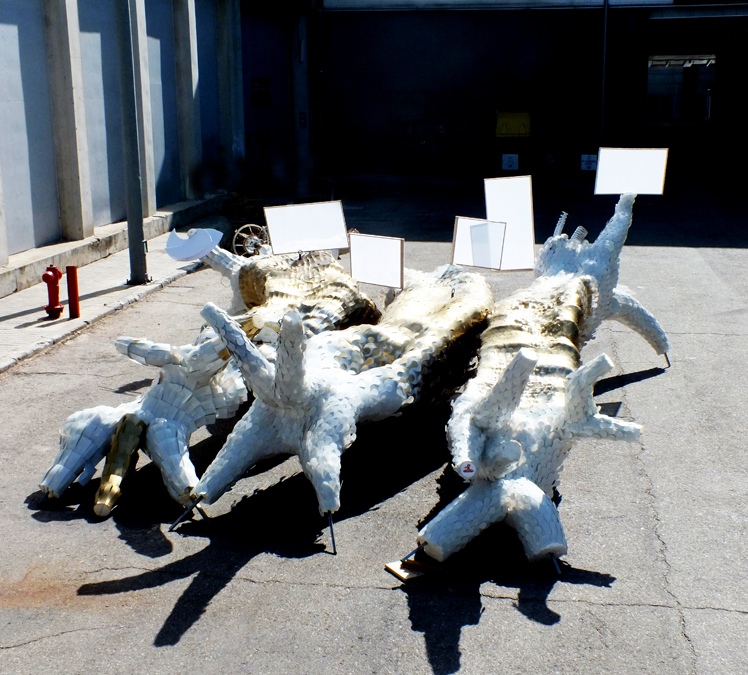 Robotics Applied to Architecture for a “living” pavillion Future buildings will have the capability of reconfiguring some of their main components such as façades, rooftops and partitions, as well as lighting systems and other functional or decorative elements. Such components will likely be equipped with sensors and actuating elements, moved according to some perception-control-action loop. They can therefore be considered robotic systems at all effects. As such, they can be provided with learning and adaptation capabilities. Such feature will allow them to perform accordingly to the activities that take place in the building, and respond intelligently to internal and/or external environmental conditions and even according to the emotional status of the users, with the purpose of optimizing the resources employed (i.e. energy efficiency), as well as improving the comfort, empathy and wellbeing of the users. Not forgetting other characteristics that are associated to architecture such as symbolic, artistic and expressive values. Considering future buildings as intelligent robotic systems opens a new way of a fruitful interaction between Architecture, Robotics and Artificial Intelligence which is full of potential both from the point of view of research and impact in people’s lives.
The pavilion presents various robotic protoypes that have been developed by students and researchers of the school of architecture Universidad Europea de Madrid. To showcase these prototypes, the Club of Digital Fabrication of the same institution have fabricated a large robotized structure that is in itself a demonstration of how these technologies can be applied on an architectural scale.

The techniques used for the fabrication of the pavilion mix digital and local handmade craftsmanship. The economical crisis in Spain has produced a 26% unemployment rate. Many unemployed in Spain that lost their jobs where part of the construction industry, which is also responsible for producing low quality architecture all across the country. The same is true for commercial pavillions, stands and any other ephemeral interventions. In this context we have decided to avoid machine made industrial construction systems and develop an architecture that is based on many hours of labor. This decision Text by Pablo Gil
has proven to be important in other angles. Because of the complexity and the beauty of the pavillion and the skills that had to be developed, It has been a challenge for the people involved and it has proved that everyone is ready to give the extra mile when there is an ambitious goal that point towards a result that is of artistic worth. This increases the quality of the construction, but also, and most importantly, it has been very important for the laborers, as it represented for them a way of testing, learning and finally showing their abilities that potentially opened them new possibilities of work. This has also served them in regaining the dignity lost in their profession, as industrial construction products are quite boring to put together, especially when a similar action has to be repeated endlessly. The pavilion, designed by Pablo Gil Martínez, has been produced with a very tight budget of 6000 euros, which included design, fabrication, materials, electronics, transportation and the erection of the pavilion. In this sense, the help of digital fabrication techniques and the involvement of the people of the Club de Fabricación Digital and of the company La Nave Nodriza has been of great relevance. The team at Club de Fabricación Digital is formed by Jesús Méndez, Germán Colomar, Marcos Núñez, Manuel Paredes, Ignacio Martínez, Marina García, Eduardo Gómez, Guillermo Sanz, Vicente Sánchez, Sergio Herreros, Cristina Ortiz, Elisabet Frau, Elizabet Fondeur, Miguel Carmona and Pablo Gil Martínez.
La Nave Nodriza team are: F.Lajo as director, and the technicians Beatriz Barroso, David Navarro and Zacarías Timón Salinero.
The robotized prototypes have been developed by Jesús Méndez, Pedro Cosano, José Carmona, Guillermo Sanz, Eduardo González, Marcos Núñez, Manuel Paredes, Carlota Galan, Cristina Ortiz, Oscar Galarraga, Marina García, Francisco Gracia and Myriam Jiménez. 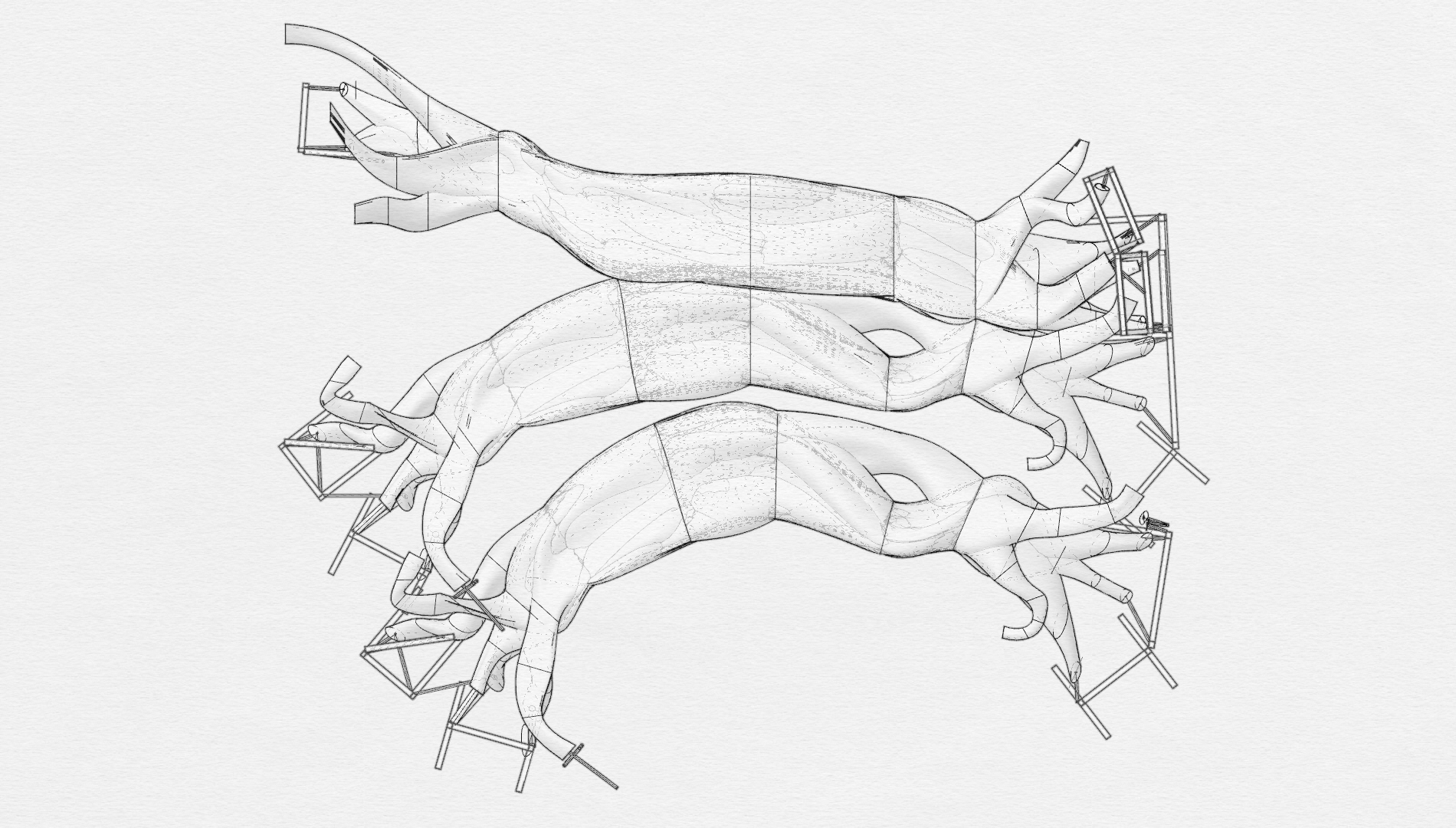 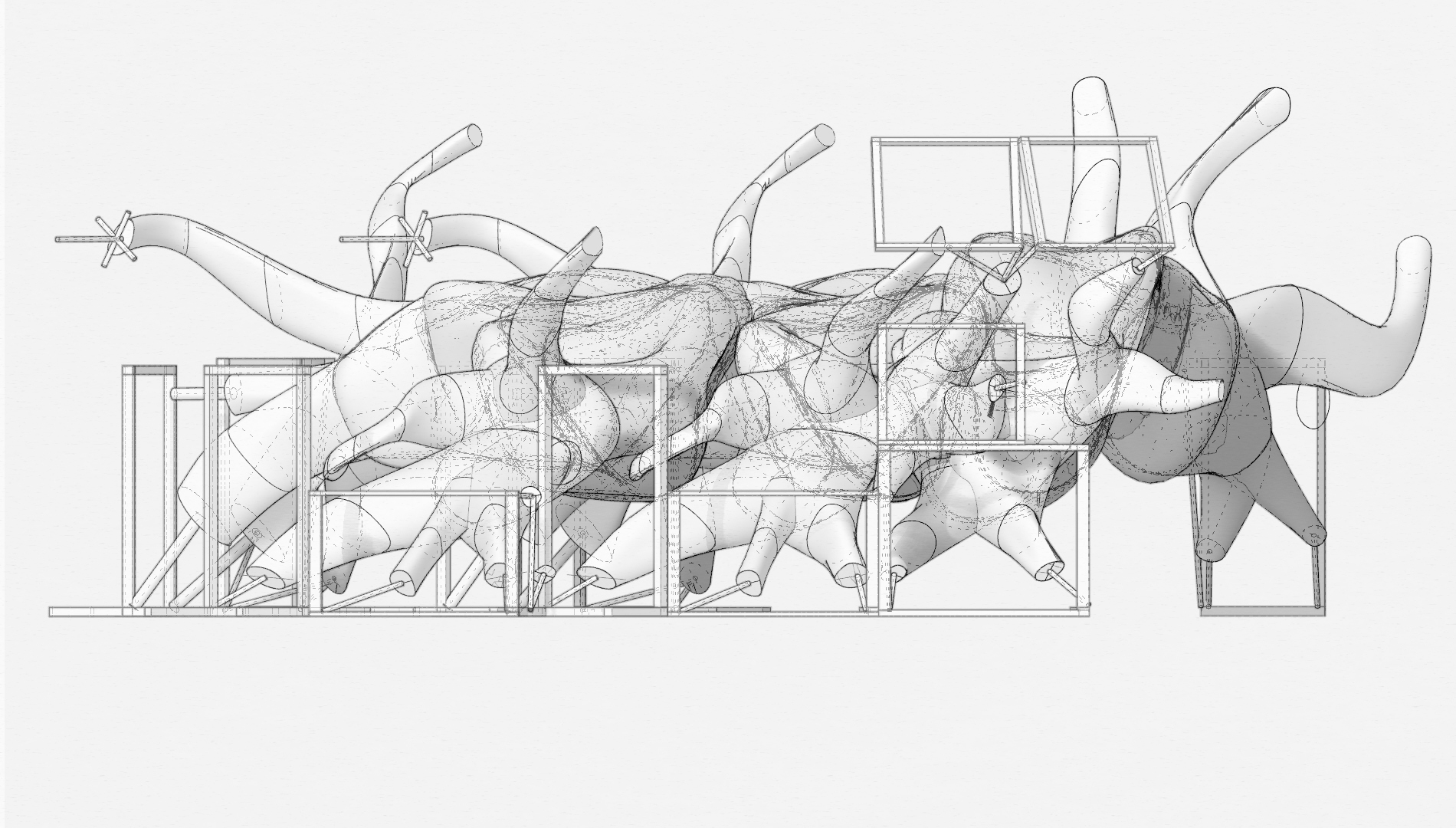 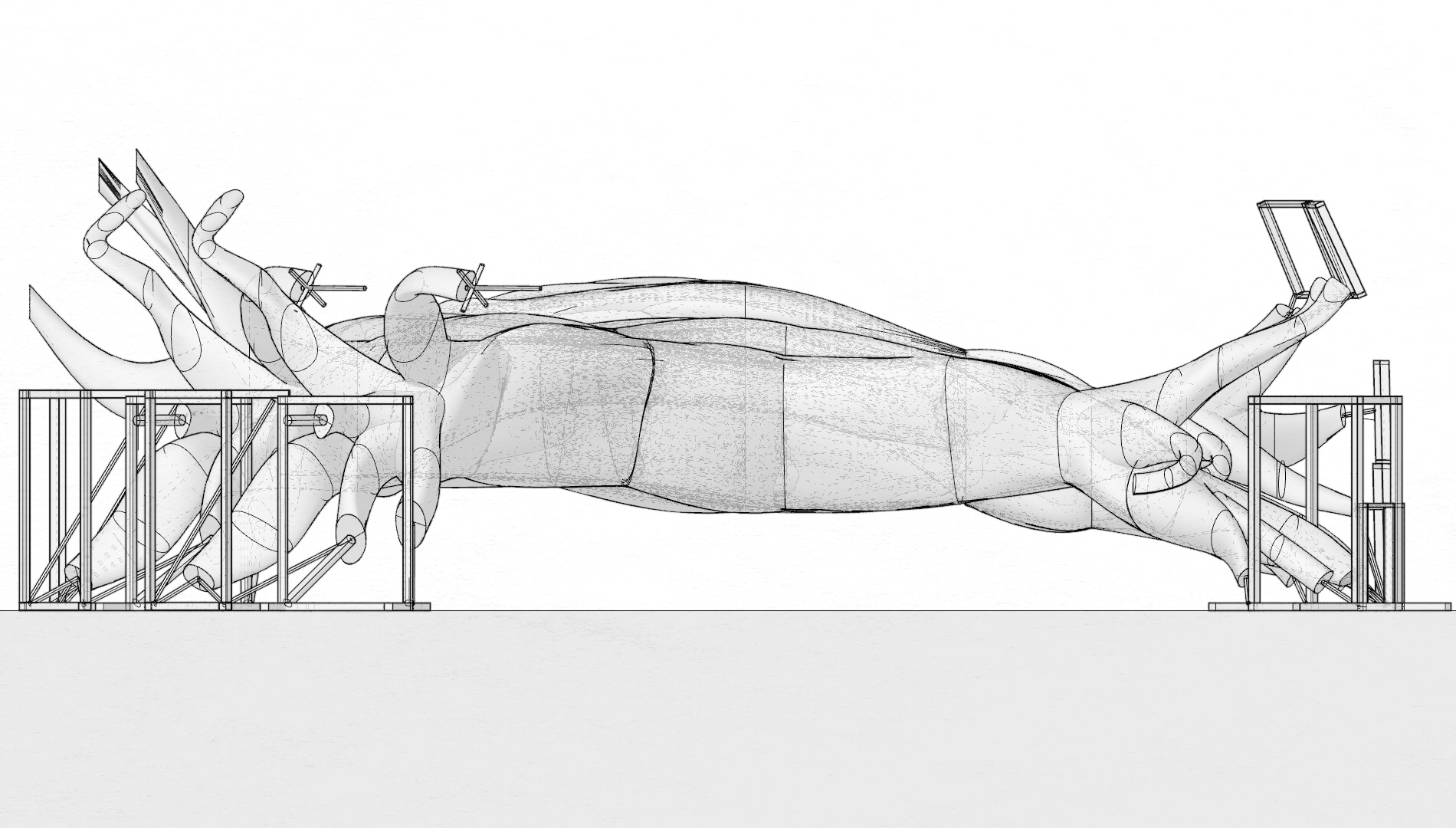 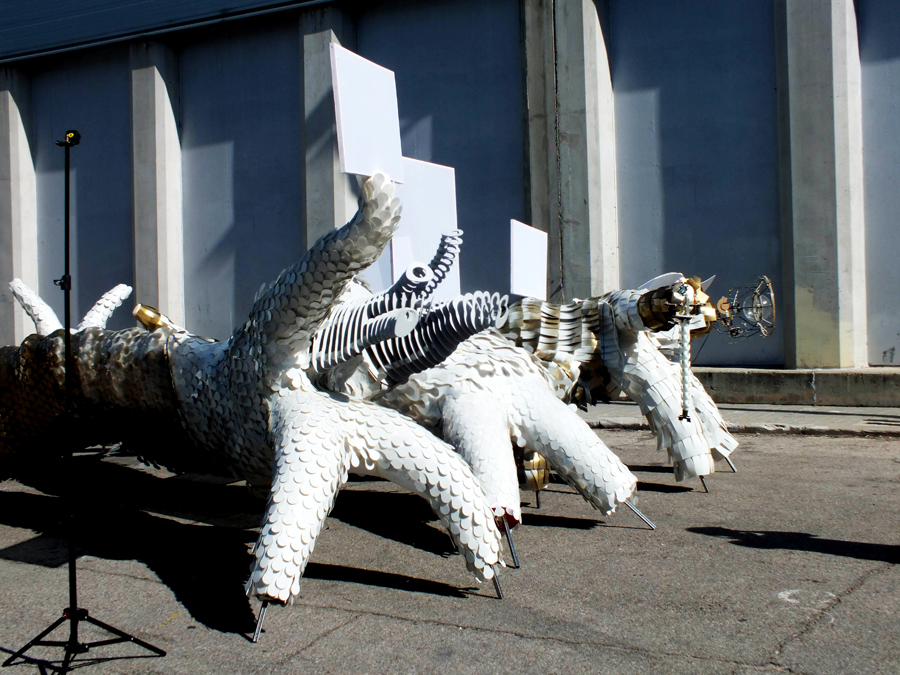 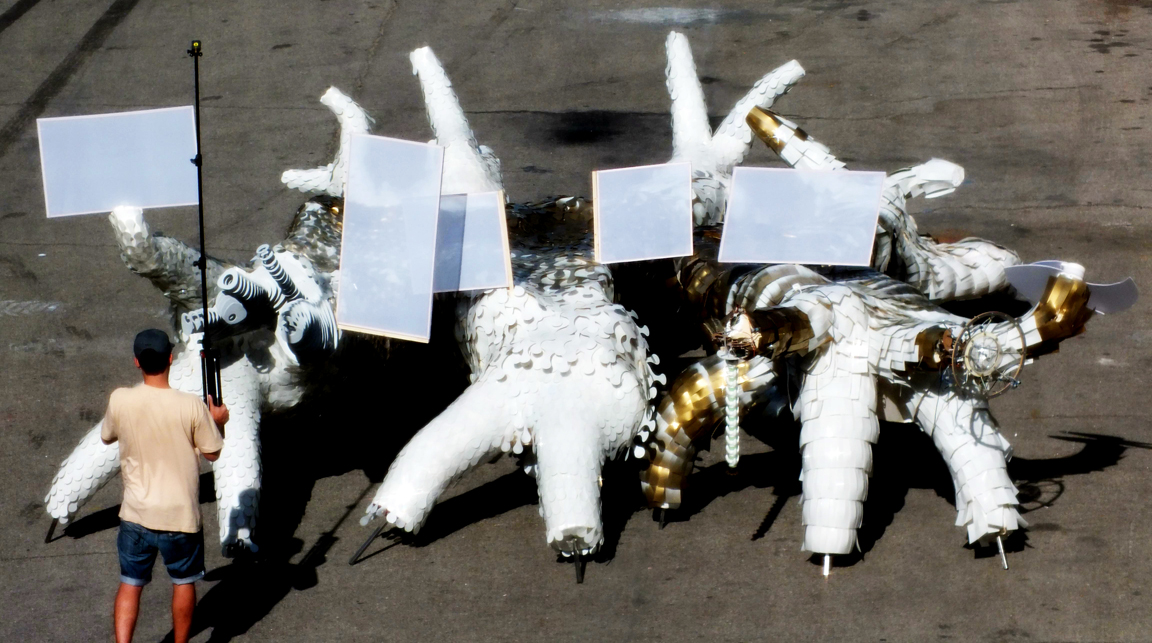 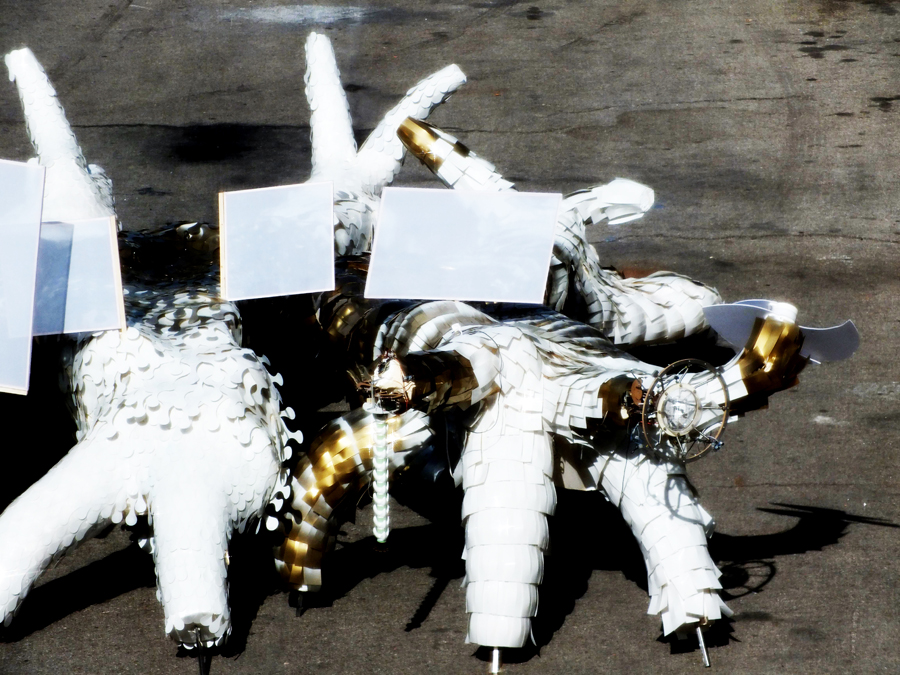 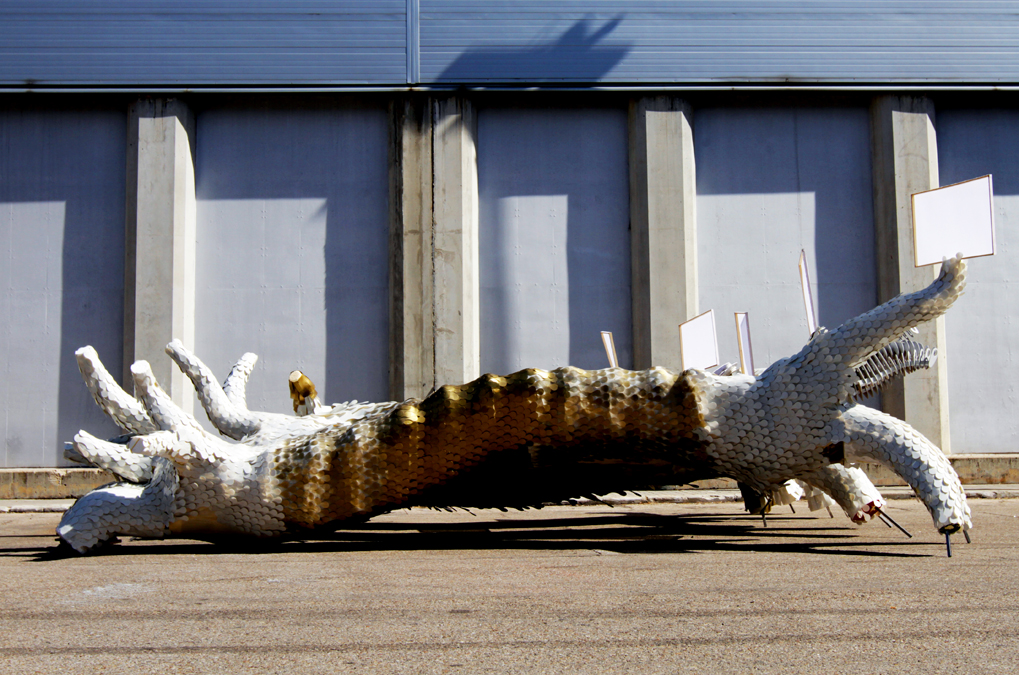 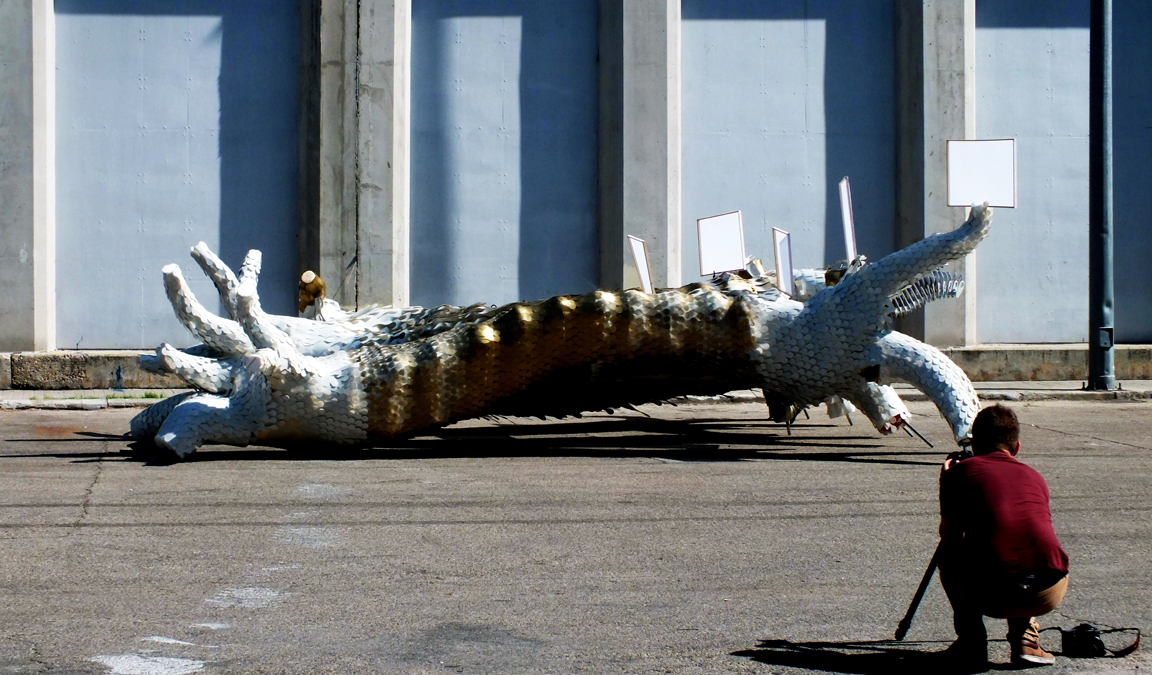 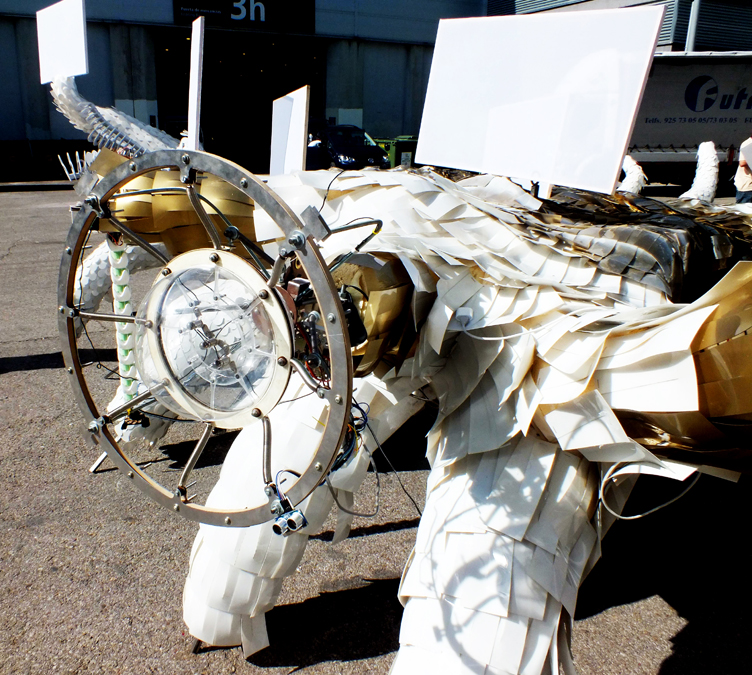 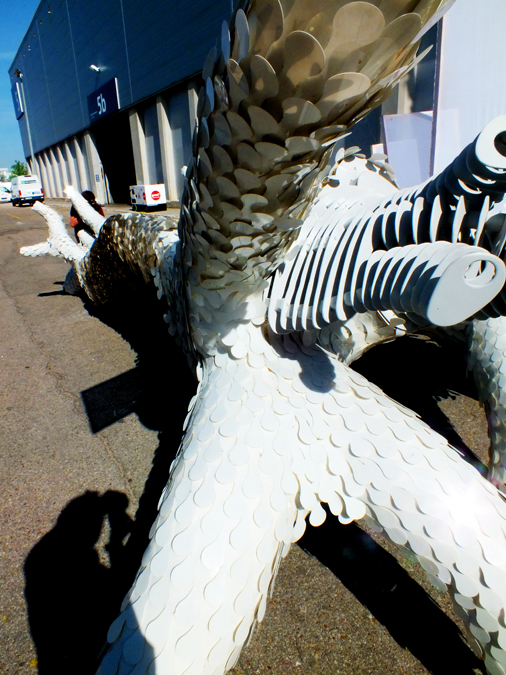 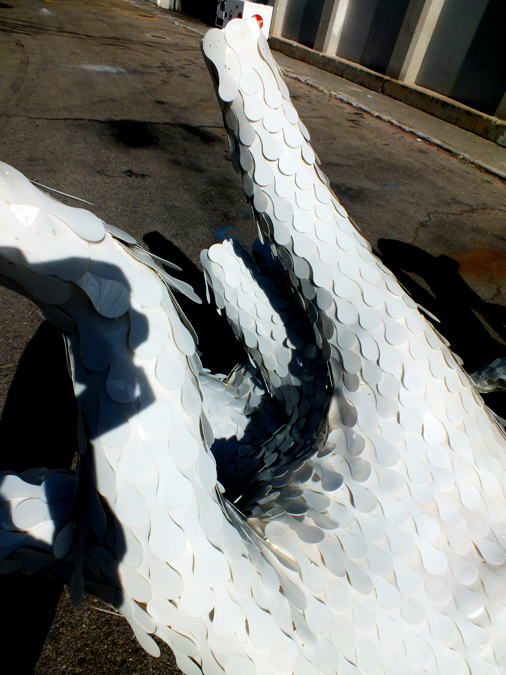 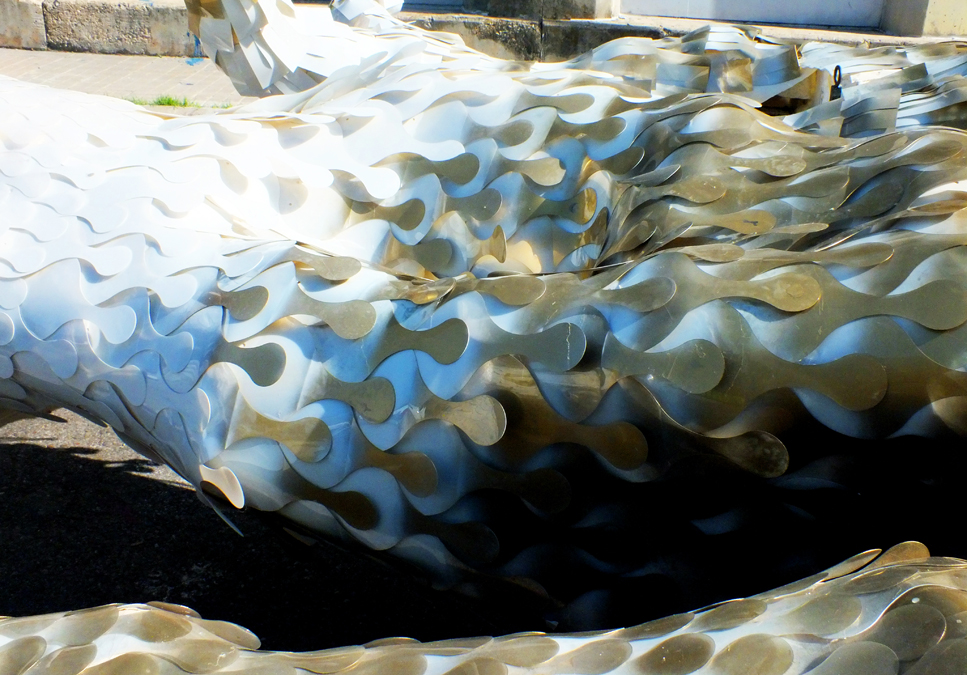 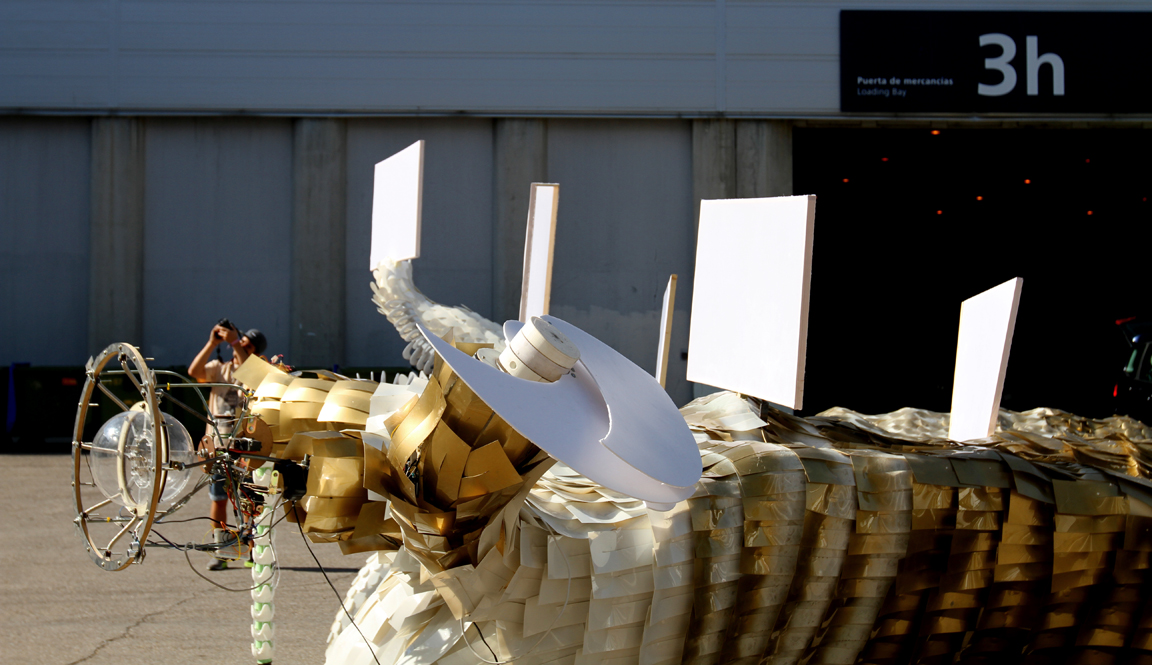