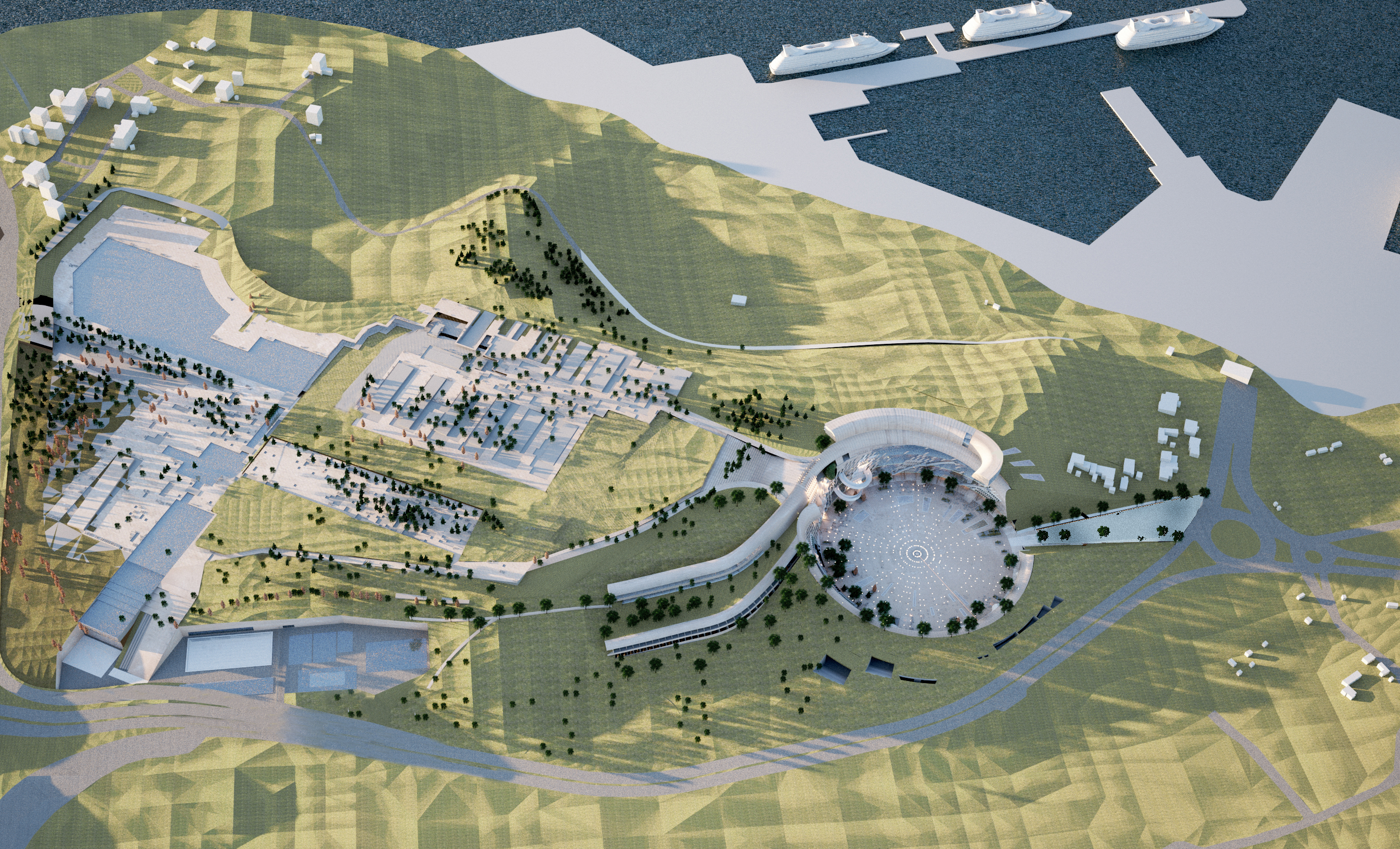 A contemporary cavĕa protected from the wind

We understand this competition as an opportunity for Bandirma to create a new hub of activity by the port, the new housing developments and an attractor for growth within the city and the region.
We have decided to put close to each other all the different functional requirements of the brief, the Institute of Design, the Hotels, the Convention Center and the Commercial Area in order to create synergies and provoke the conditions of dense city life that many citizens will enjoy and that would help to make more feasible such an ambitious proposed development for Bandirma. 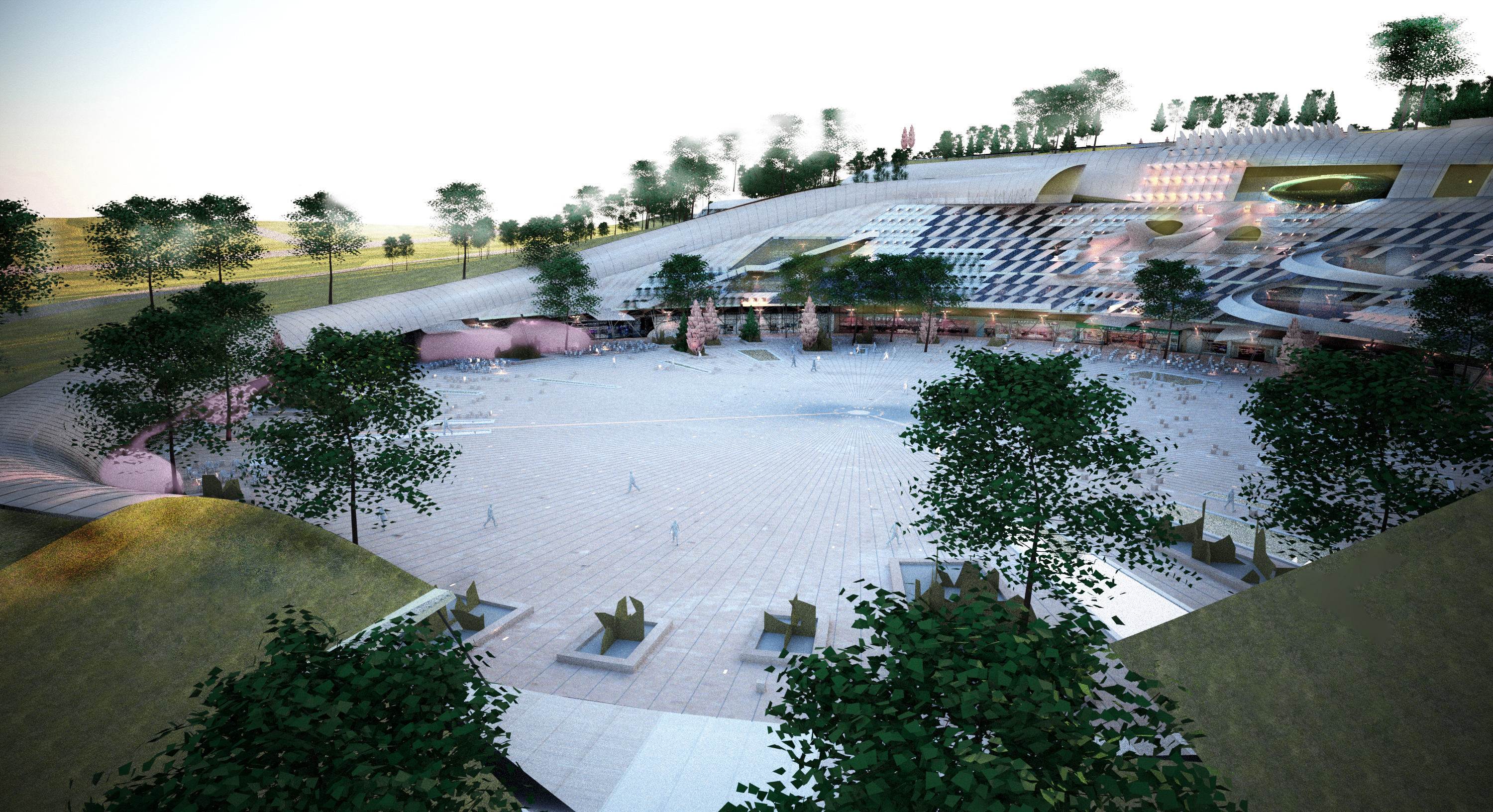 The tradition of excavated amphitheatres
We have been inspired by the Roman tradition of the excavated amphiteatre as a means of reducing construction costs and protecting the building from the inclemencies of the weather.
The wind conditions of the site, which bear strong northern winds, indicate the necessity to protect the urban piazza from it. It is possible also to cover the public areas with a similar technology to the velum, also used within the Roman tradition.

The park above the piazza
The large park that has been sugested for this site would host :
-a lake on the upper part of the site, that could be used for a boat trip, for a sailing school, to do water sports.
-a series of water channels and ponds creating a beautiful and romantic park, that then becomes a more steep disposition of cascades of water that end up on a large pool at the lower part of the site.
-a sports center with basketball, tennis, football, a gym, a spa and a large swimming pool, together with wind protected open areas for sun bathing and other outdoors activities.
– in the upper part of the site, a Park of Memory, to show the different listed remains and reflect on the history of the site, the city and the nation.
-a flower garden.
-large open green spaces that create a large City Park in which to walk, run, play and spend time outdoors. 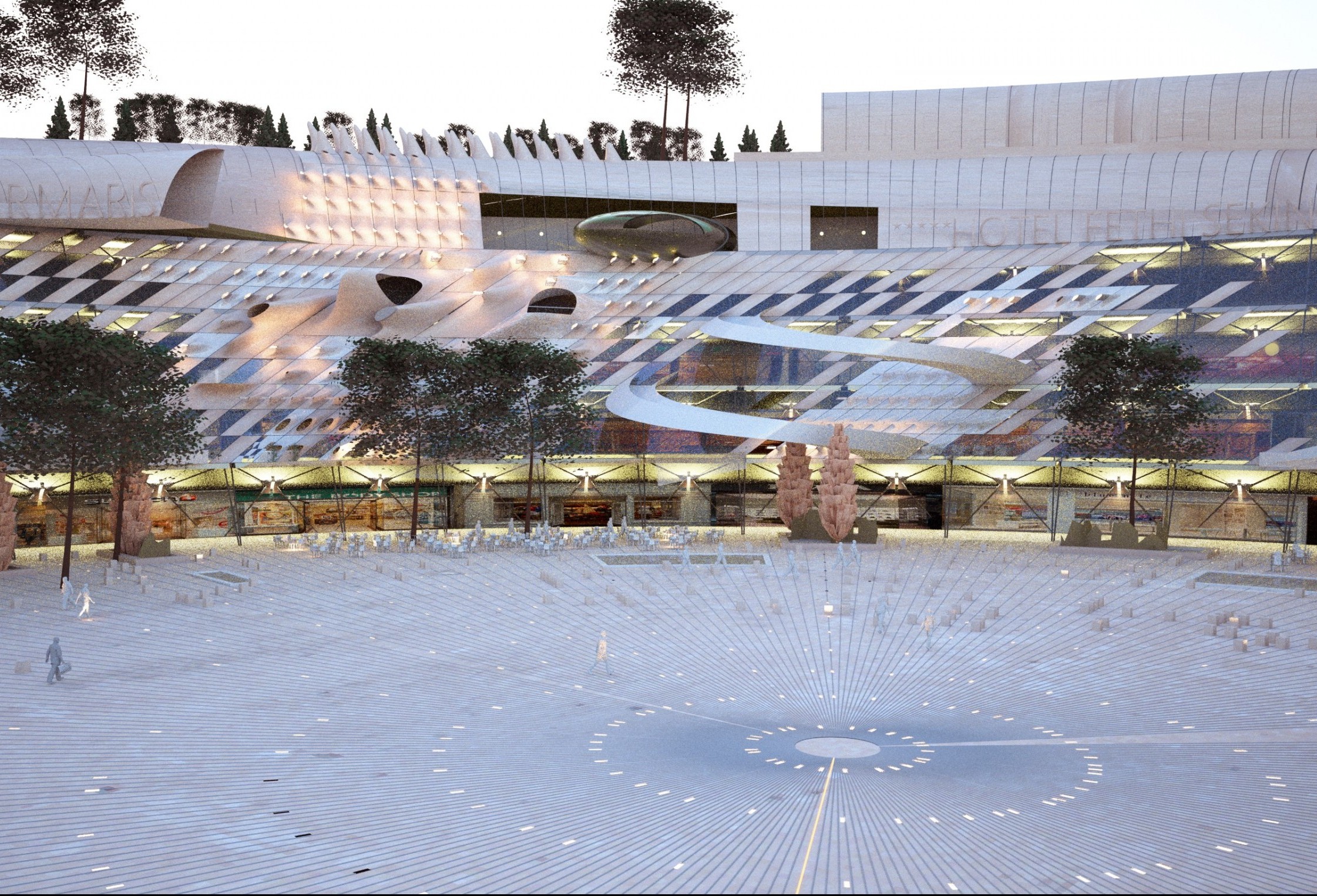