As a collaboration with Typsa, we have developed a project for work group and meeting areas in the common spaces that at the moment are just considered as “waiting spaces” and “circulation spaces” rather than enjoyable, useful and active spaces at Imam Muhammad Ibn Saud Islamic University in Riyadh.

The original architectural intent of the faculty buildings was to create a great sequence of vertical courtyards and suspended staircases. This has been partially lost due to the placement of concessionary establishments that block the views. Once this problem has been sorted out, it could be a great opportunity for developing a central hub for the social life of the university in the ground floor area, in a similar way in which other universities are doing (such as the new Media Lab at the M.I.T. in Cambridge, Massachussets). 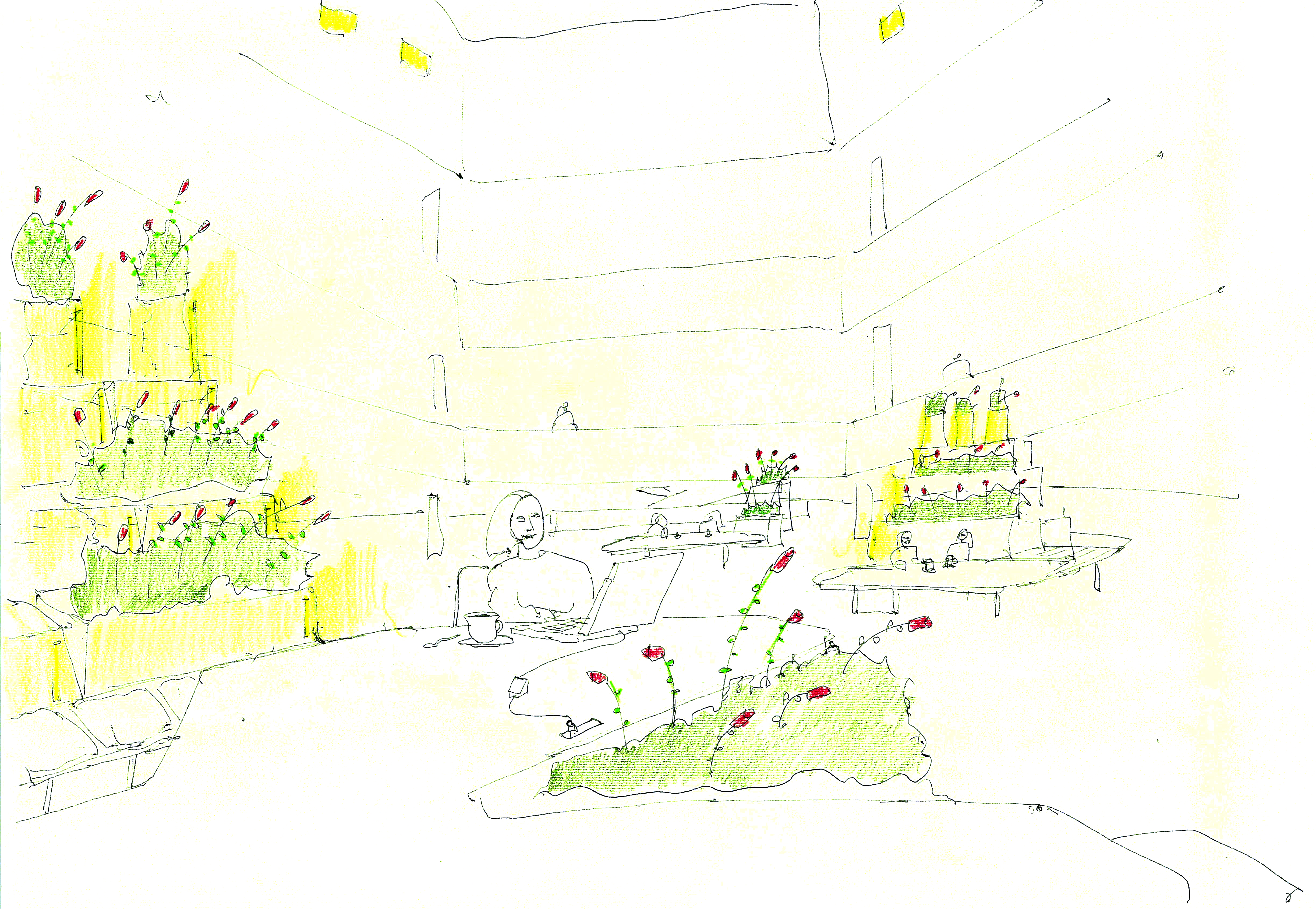 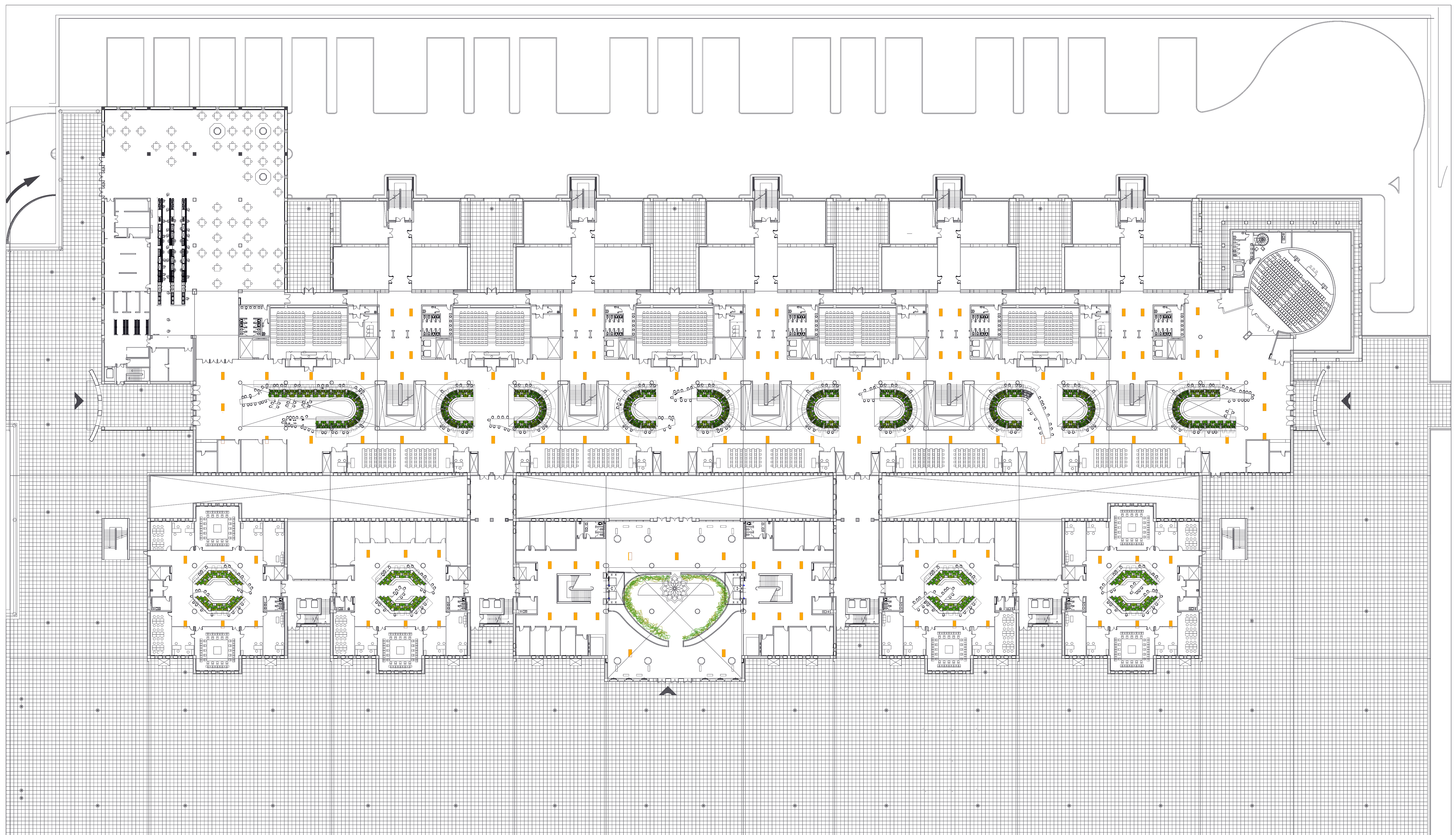 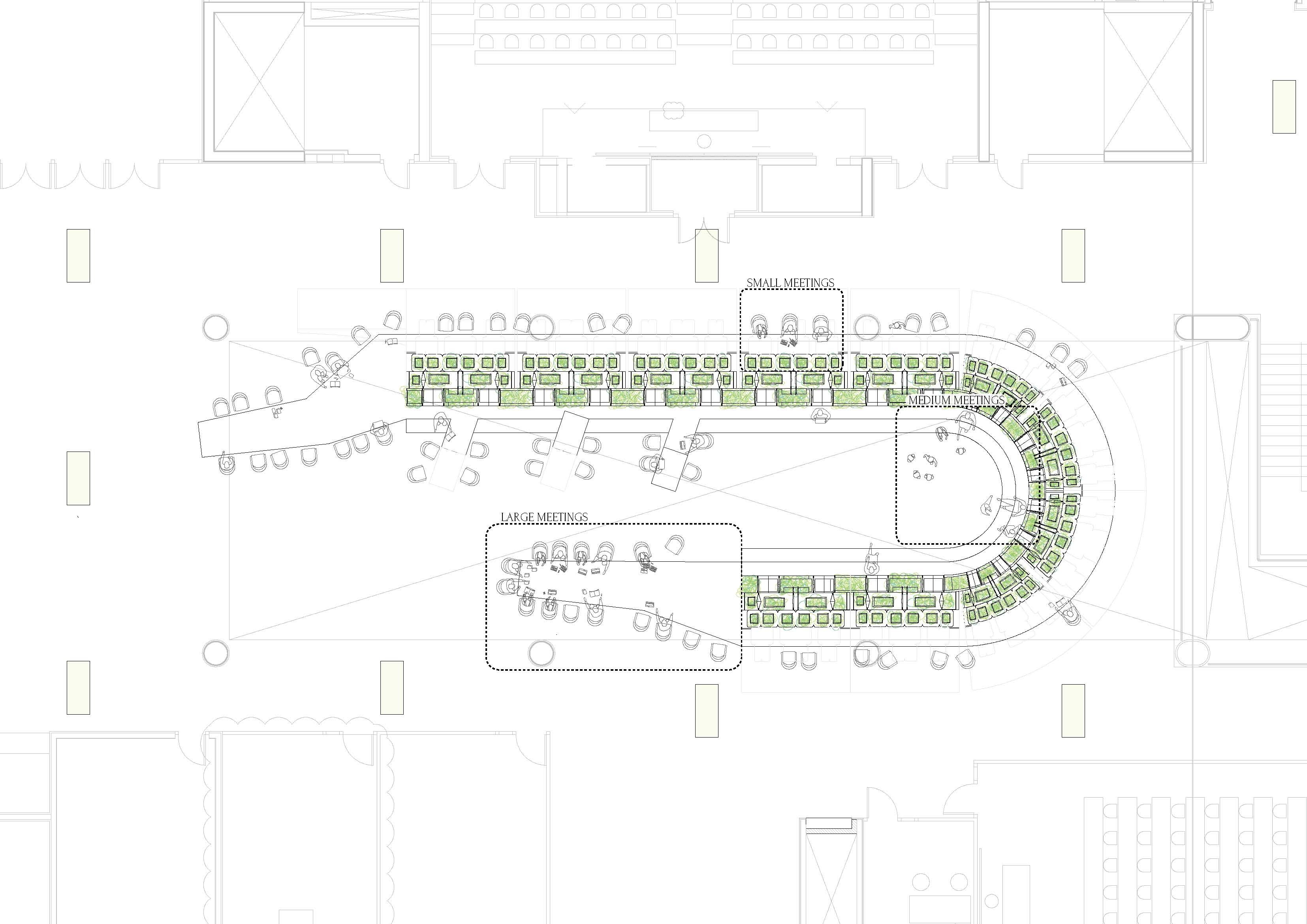 Putting the life of the students and the teachers in the most representative spaces gives a message that they are welcomed, plus these two sequences of corridors (the students and the teachers naves) are functionally able to hold a large part of the university life. A focused approach will have a greater impact rather than having a myriad of small interventions everywhere. This approach is justified because we understand that the undermining issues are quite localized and that by reworking these specific areas both the functionality and the aesthetics will be improved. Since there is enough room to allow for the necessary circulation, it is possible to introduce new spaces that could potentially alleviate the need for more sitting and table spaces for co-working, among other possible additions. 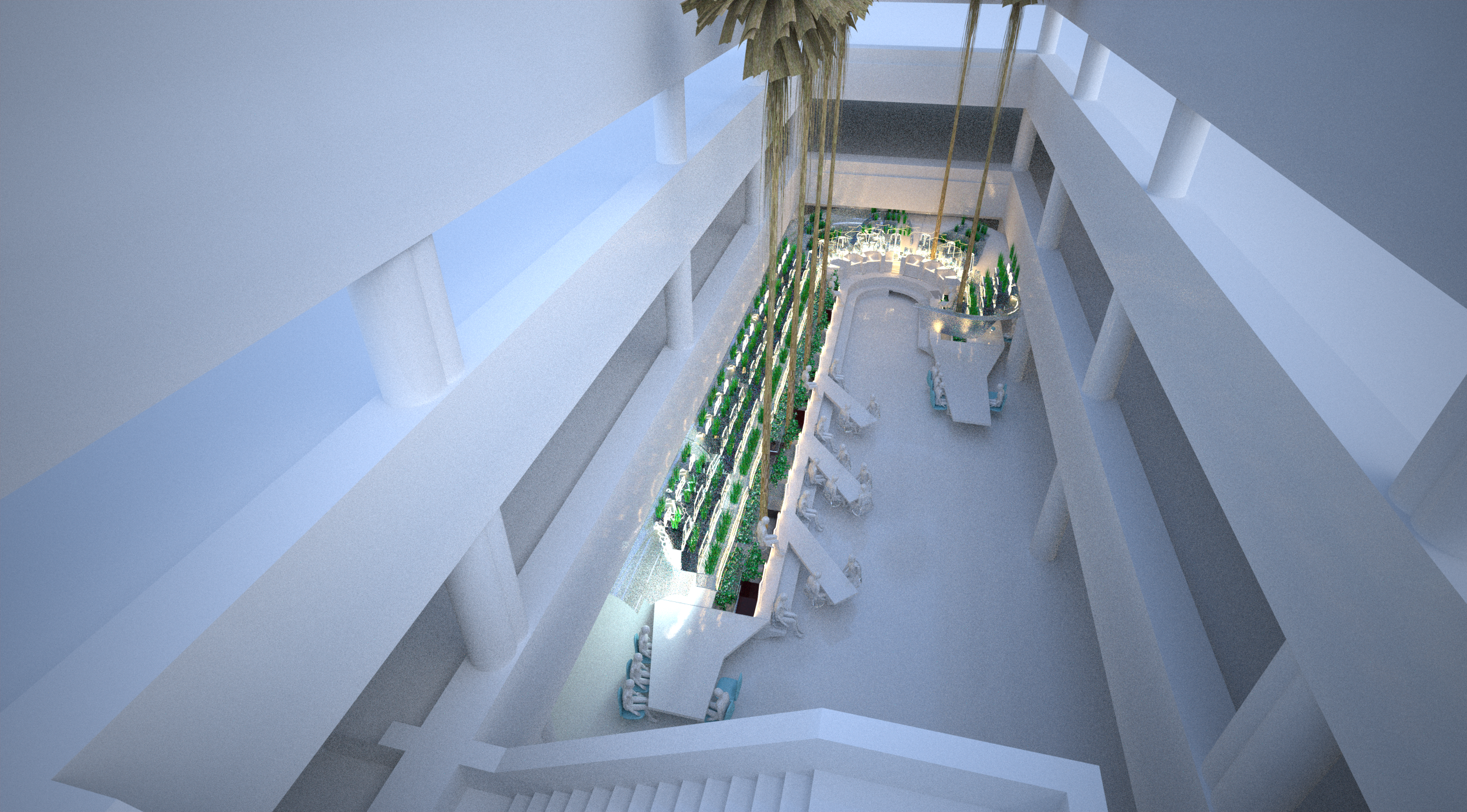 This is also evident in the Basement area where these additions could improve the experience of the space too to create a vibrant atmosphere for sharing knowledge, enjoying social life in university, creating opportunities for showcasing work that, together with new improvements in Ground Flour, will making become hubs of high quality university experience.

In response to these issues we have proposed a series of design implementations that we have organized in the following manner: 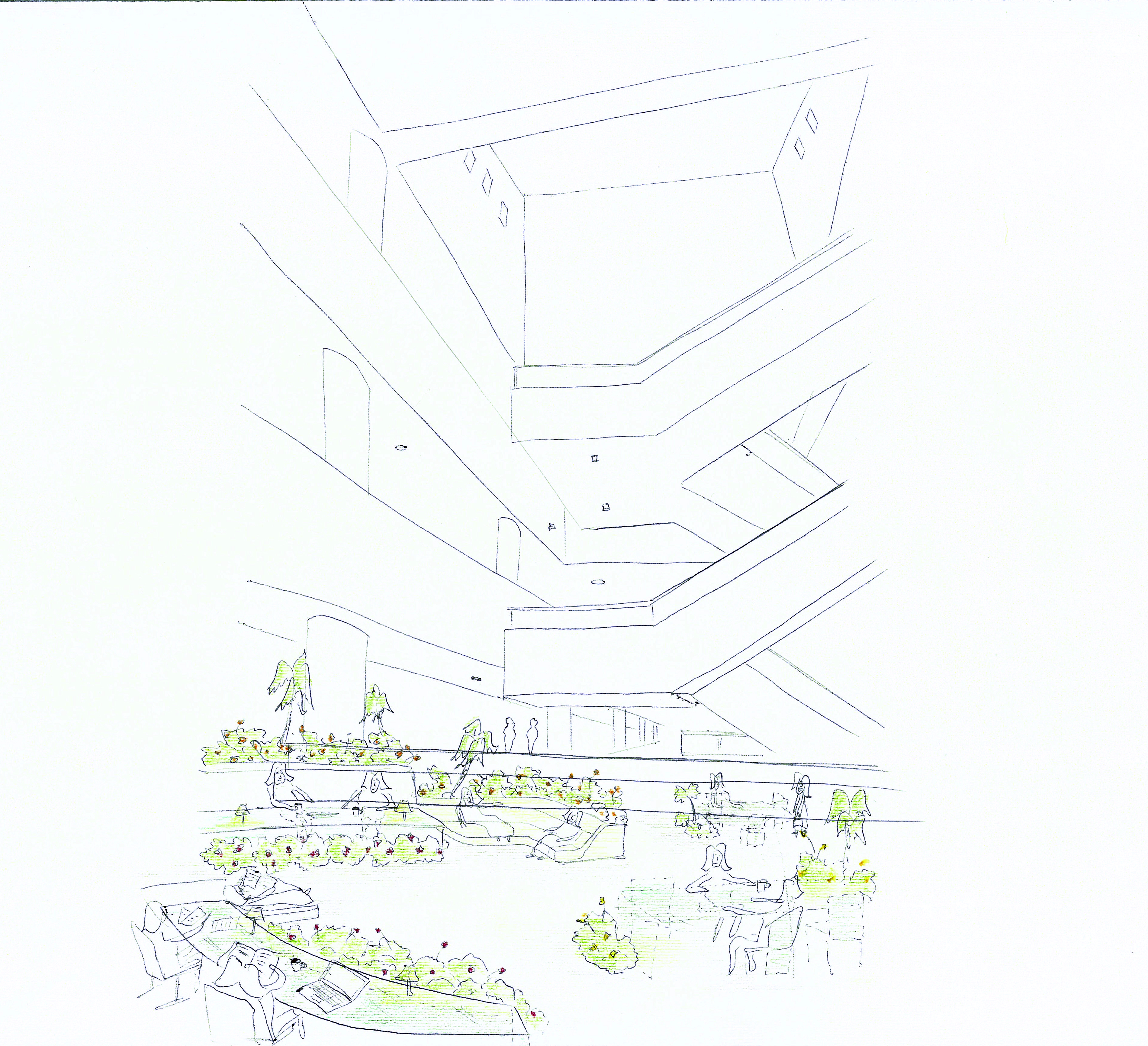 3) Design Elements – objects and modules that generate the new spaces
The Main Module – Functional and Ornamental module that varies and combines to generate larger areas of intervention
The Hanging Device – Lighting and vegetation device that nuances and administers illumination across the building.
The Kiosk – Functional and Ornamental module prepared to host coffee and refreshments and vending machines in the basement floor.
The Curved module – A variation of the main module that develops around the columns in the basement floor.
The Transparent Furniture – A catalogue of transparent furniture that could be used and chosen by the client according to their own judgment and discretion.

4) Intervention Areas- Places where design elements are placed and grouped, in order to transform the functionality and the experience of thebuilding
The student Courtyards
The Teaching Staff Courtyards
The New Basement area
The great Interior Oasis
Improvement of General Lighting of the whole building


Vegetation plays an important role in interior design. The importance of the connection between humans and the natural environment is recognized by evidence from the fields of psychology and neuroscience and by theories of designers that have discussed and experimented with this issue. The term biophilia has been coined to describe this relationship (Wilson, 1984 , Storey and Pedersen Zari , 2006) and the evidence of the benefits of biophilic design has been linked to our hardwiringto the natural world as a consequence of the evolution of our brain in relation to organisms and materials that configure our perceptive scenario –and that are needed for our well being. There is evidence that people feel less stressed, they are able to concentrate better and even heal physically and psychologically faster when connected to elements of the natural world. (Ulrich , 1984, Lohr , 1996, Faber Taylor , 2002). 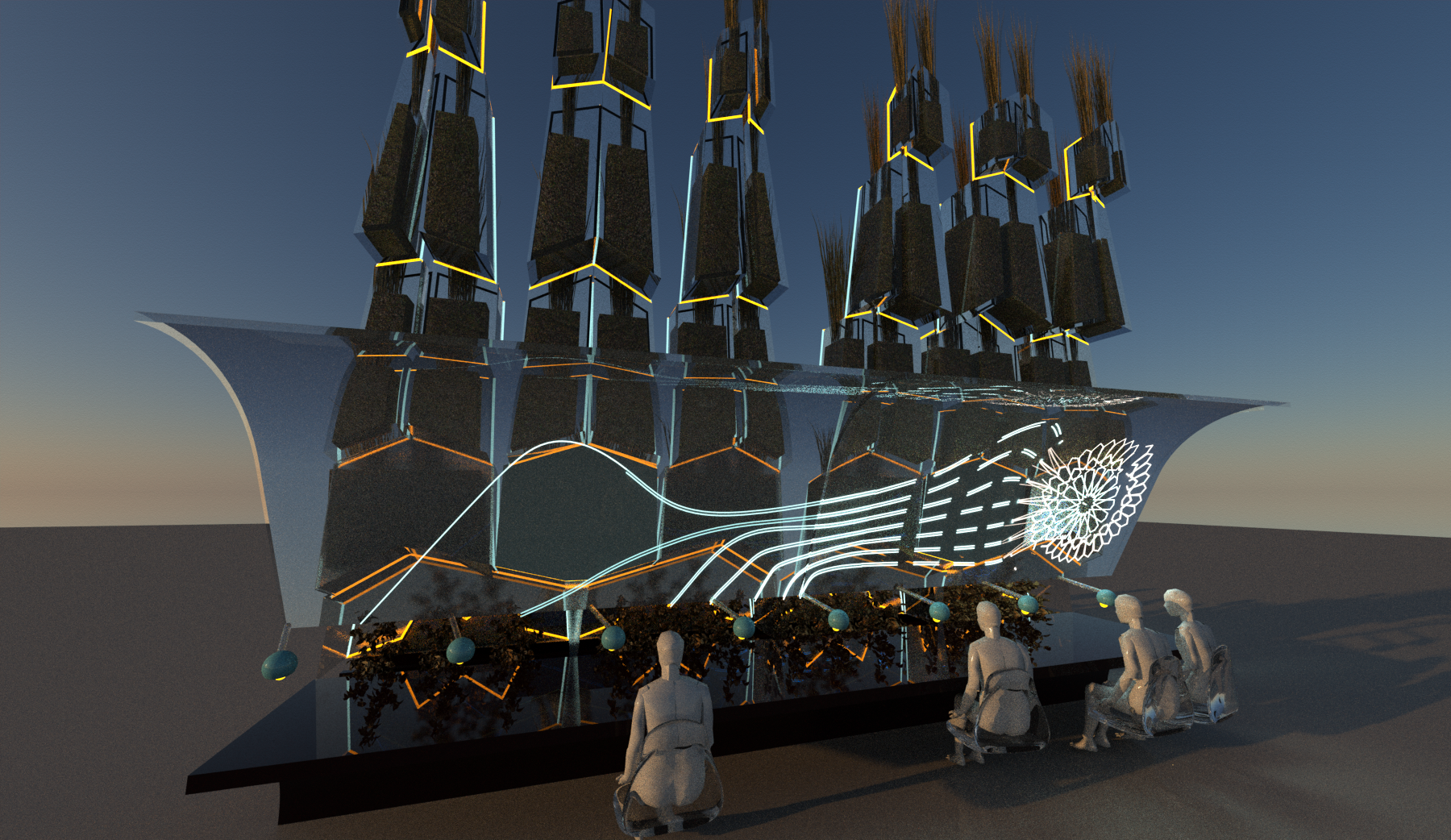 The need for vegetation is somewhat expressed in the location of planters with fake plastic plants all over the building. The problem with this is that the users could have the impression, once they discovered that the plant is made of plastic (which is not hard to find out) that they are being tricked. They also feel as cheap and dull once you discover that they are made of plastic. Together with this it is important to note that the benefit of using plants in interiors is not only the greenery, but their smell, their contribution to the air quality and the moisture that is provided. They also communicate a sense of luxury, represent the connection to nature and as they have to be properly maintained, they communicate the feeling that the users are being taken care of. In this sense it is important to mention again the findings by V. Lohr et al. in their article “Interior plants may improve worker productivity and reduce stress in a windowless environment”, which are specifically applicable to our buildings, as there are no views to the exterior. 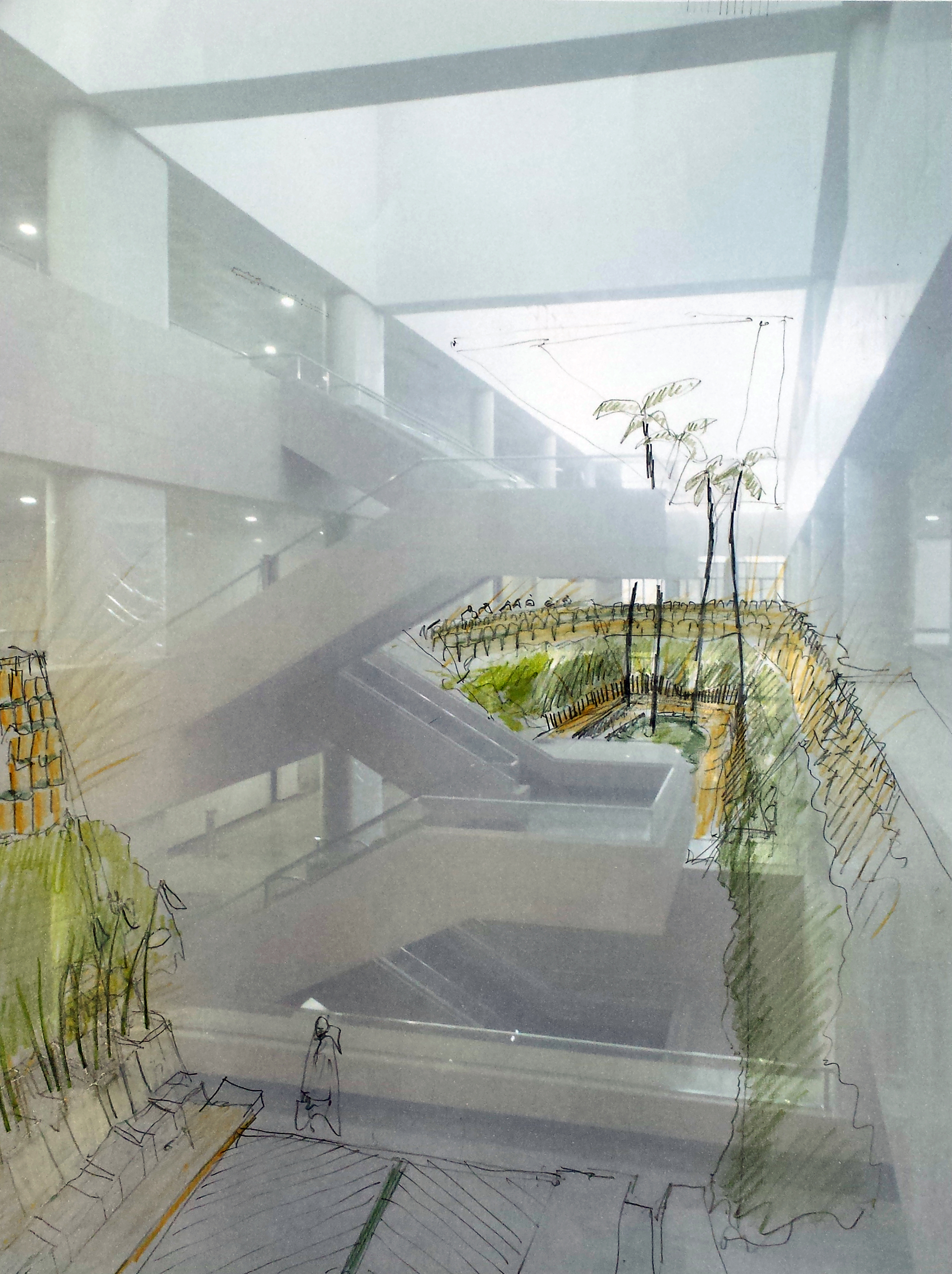 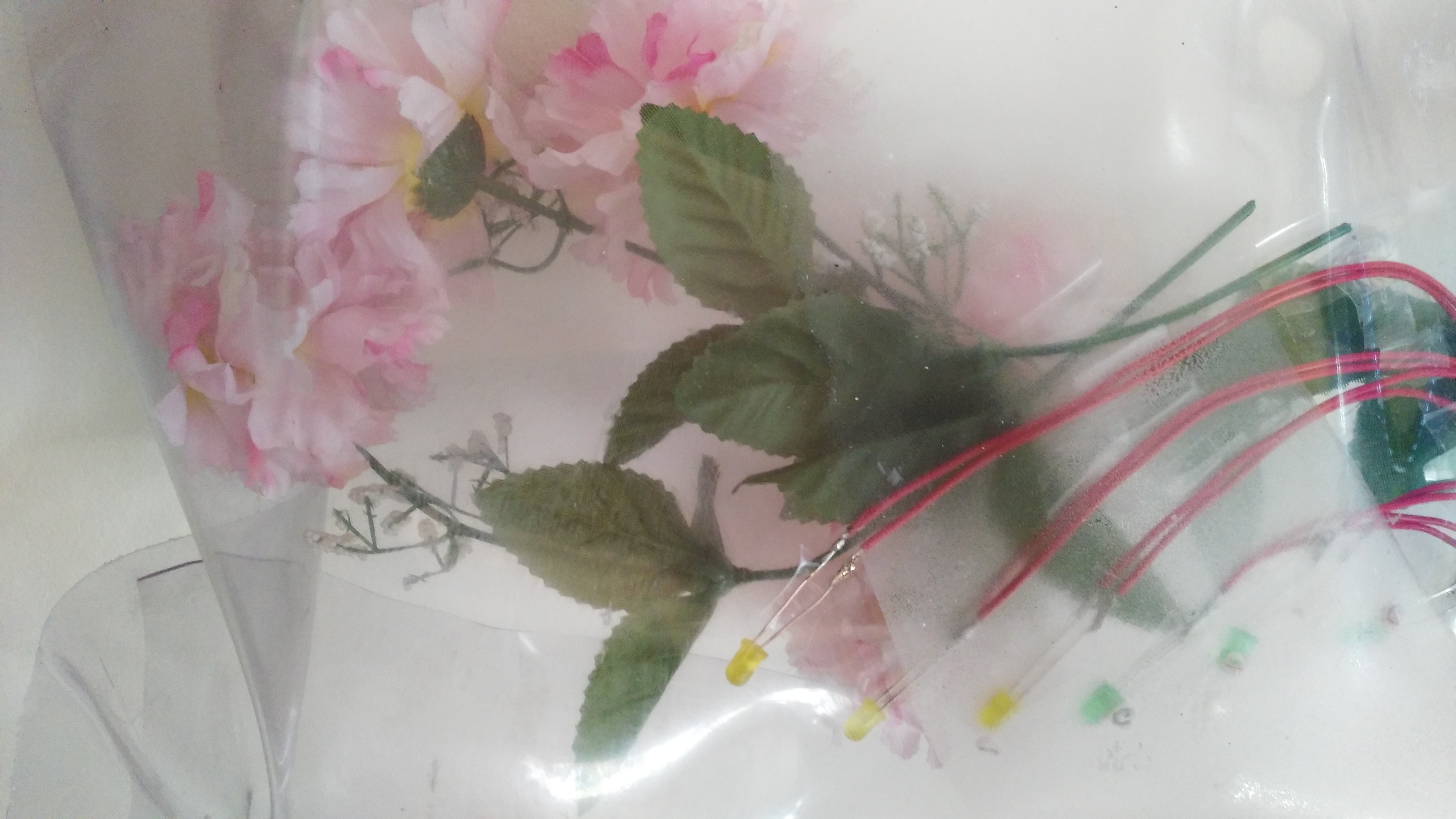